You can’t make this up. It’s only been a week since the indictment in the Breonna Taylor case and people still have questions. Aside from many people feeling like there was no justice, along with other updates, there has been startling news about one of the detectives involved in the deadly shooting. Louisville Metro Police detective Myles Cosgrove, who is believed to have fired the fatal bullet killing Breonna Taylor, asks for help in a particular way. Myles has taken to the general public, asking for monetary donations after exiting the police force.

Myles has allegedly been receiving numerous threats regarding his safety, according to the Louisville Courier-Journal. The family of Myles set up an account on Christian crowdfunding site Give Send Go, which is identical to the famous site GoFund Me.

On the Give Send Go site, Myles’ family asks for funds to restart his and his family’s life. A statement quotes, “We hope to raise enough funds to help him purchase the remainder of his service time, or ‘air-time,’ so that he can retire from the LMPD and continue to focus on the safety of his family. This family has been put continually at-risk over the past few months.”

The statement continues and thanks donors for their prayers and support! Currently, the account has raised over $39,754 of the $75,000 that they’re are seeking to raise. 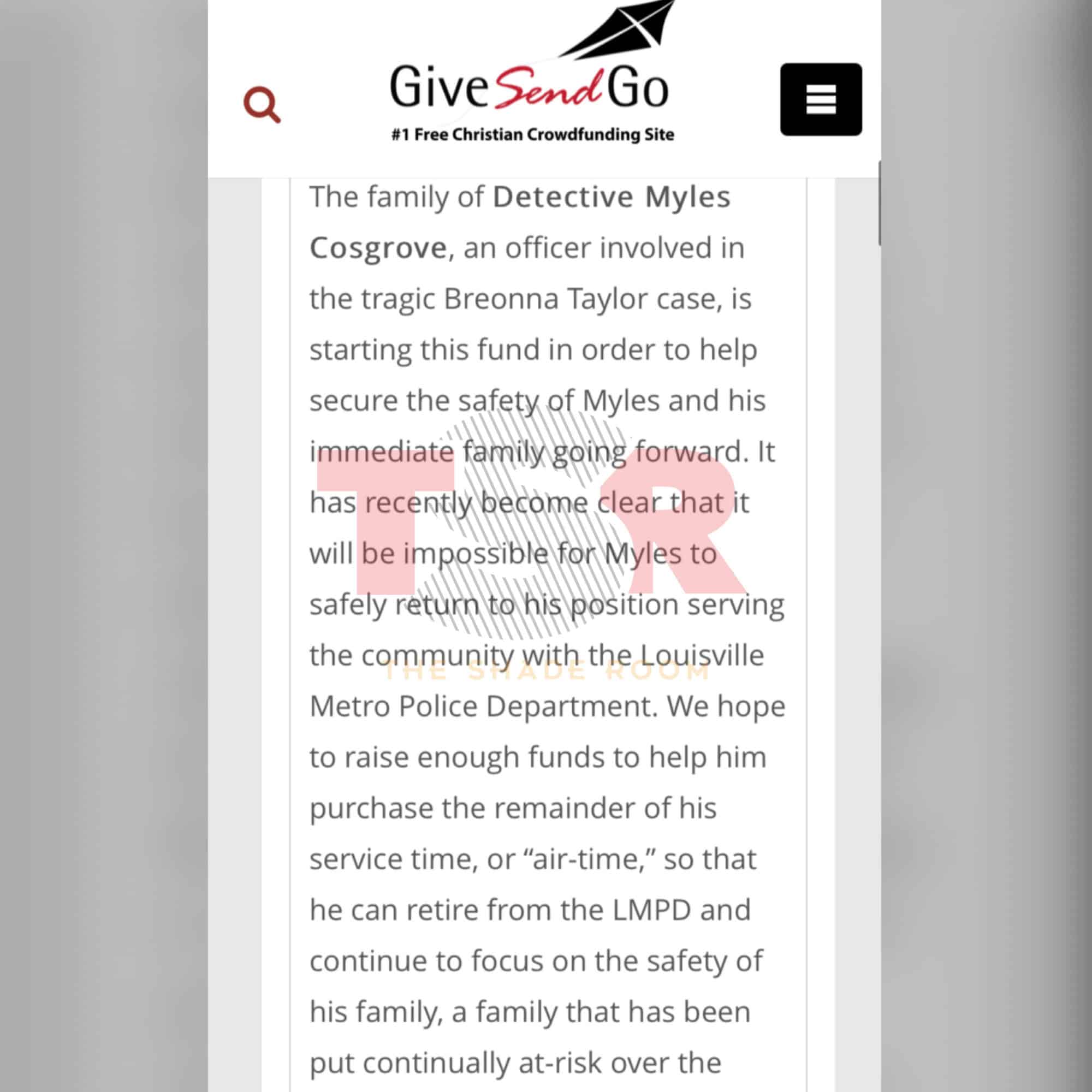 The post Detective Who Fatally Shot Breonna Taylor Is Seeking $75K On Fundraising Site So He Can Retire appeared first on The Shade Room.